Take a look at the Map below and notice how close the Caribbean Islands are to the mainland.   click above ^

ALL of it is the AMERICAS

(AMERICA is a CONTINENT)

YOU are not an IMMIGRANT to AMERICA

YOU were born on the Continent of AMERICA.

Click the picture below to be routed to the Pdf 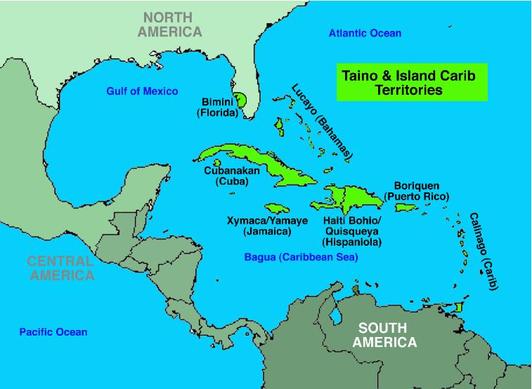 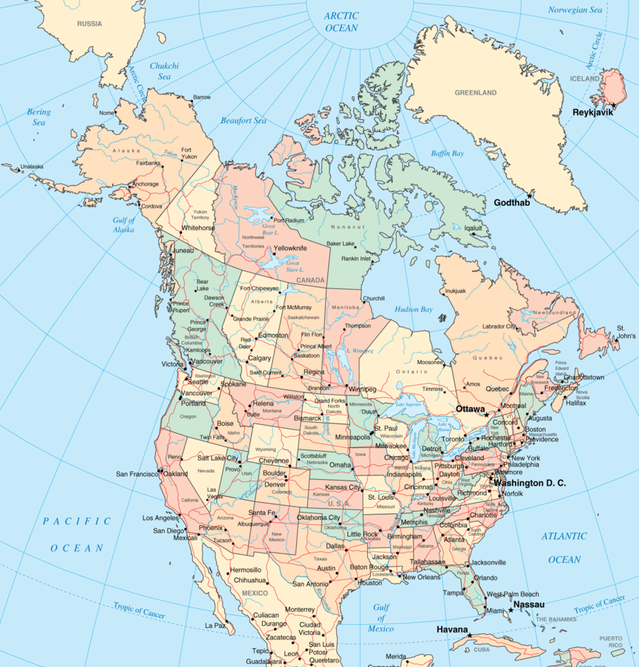 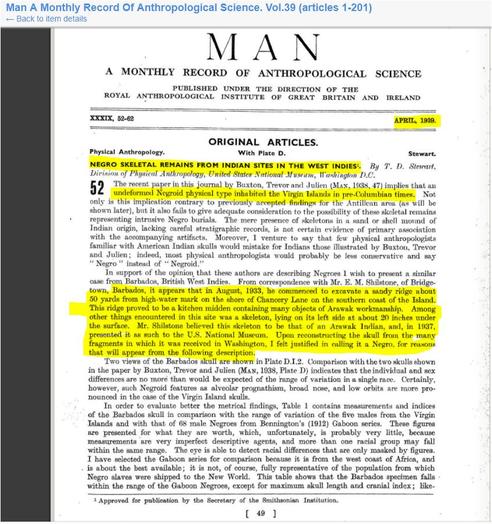 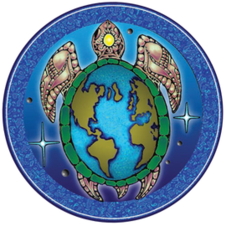 Columbus first landed on the southeast of the Bahamas Islands called the Lucayos or (Leeward Islets) by the Spanish.  Long before his arrival, those islands were known as Guanahaní by the native Arawakan-speaking Taino who were the first group to meet Columbus and his crew.

The Taino (Arawaks) were grouped in large communities mainly in Cuba, Jamaica, Hispaniola (Haiti and the Dominican Republic), Puerto Rico and parts of the southern Windward islands. Ciboney tribal groups who also lived in (Isla de Beimenhi) Florida, inhabited the western part of the Bahamas when Columbus arrived.

They are said to be the first group of people to arrive in the caribbean region and settled in the eastern parts of Cuba, the Bahamaian islands, Leeward islands, US and British Virgin islands. The three main indigenous groups of inhabitants were the Ciboney (Guanahuatebey) or stone people, the Taino (Arawak), a rain forest agricultural people and the sea-fearing Caribs of the reefs and forest wetlands.

The Taino ancestors began settling on this island as early as 6,000 to 4,000 B.C.-8,000 years ago!--arriving in canoes from today's Yucatan and Belize in Central America, going first east to Cuba, then southeast to Hispaniola, which indigenous peoples called Quisqueya, Haita, or Boha­o. Later groups arrived from northern South America, primarily from the Orinoco and Amazon River valleys and the Caribbean coast of today's Venezuela, canoeing northwestward from Trinidad and Tobago, up the chain of islands to Puerto Rico and Hispaniola.

There were at least four different "waves" of indigenous peoples who came here, all of whom eventually merged to become Tainos, which is what we call the indigenous Peoples who were living here when the Spaniards arrived in 1492. 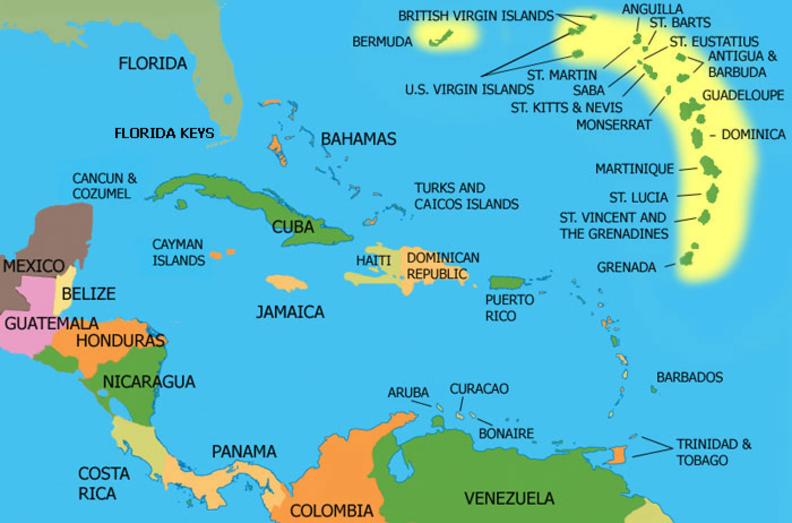 Before Cristobal Colon " Christopher Columbus" arrived in the Caribbean, Most of the islands had already been discovered and inhabited by a diversity of indigenous Peoples of different ethnic groups originating from parts of the Orinoco and Amazon river valleys, The Caribbean coast of Central and South America and the wetlands of Florida in North America.

Negros Island was originally called “Buglas”, an old native word that is thought to mean “cut-off.”

It is believed that Negros was once part of a greater mass of land but was cut-off either by what geologists call a continental drift or by rising waters during the so-called glacial age.

Among its earliest inhabitants were dark-skinned natives belonging to the Negrito ethnic group with their unique culture. Thus, the Spaniards called the land “Negros” after the black natives whom they saw when they first came to the island in April 1565.  Two of the earliest native settlements were Binalbagan and Ilog, that later became towns in 1573 and 1584, respectively. Other settlements were Hinigaran, Bago, Marayo (now Pontevedra), Mamalan (now Himamaylan) and Candaguit (now a sitio in San Enrique).

In  September, the two monarchs  King Ferdinand and Queen Isabella sent Columbus back to the Caribbean, this time with 17 ships carrying about 1200 soldiers, about 200 of them "gentlemen volunteers." Columbus was under instructions to convert the islanders to Christianity, and he had promised to export gold and spices and to pay the costs of his enterprise. He was promised ten percent of the wealth that he could gather.

According to Appleby, the ships were packed with "with seeds, plants, horses, dogs, pigs, cattle, chicken, sheep and goats." Ferdinand and the gentlemen volunteers were looking forward to establishing settlements in the newly claimed lands.

Columbus and his flotilla arrived back at Navidad at the end of November. Columbus expected to find a bustling village. He had expressed his certainty that his men could subjugate the locals, whom he had described as "naked and without arms and very cowardly."   When Columbus landed he found the corpses of his men on the beach and his settlement destroyed.

On December 8 Columbus moved on, and he founded another settlement on the north shore of Hispaniola called Isabella. From there on April 24, 1494, he sailed in search of mainland Asia, and six days later he found Cuba. In early June he found Jamaica and nine days later he returned to Cuba. Then it was back to Hispaniola. Columbus leaving his brothers in charge in Hispaniola.

****Hispaniola**** has now been divided by false borders on one side is Ayiti "Haiti" the other side is the Dominican Republic.