I.P.U. believes that transparency, trust and credibility is three of the Fundamental principles. our organization stands on these principles and

we are for Indigenous peoples because we are Indigenous.

Our organization is Indigenous owned and operated, we refuse to be classified as a 501c3 or any other colonized term, we are implementing our right to form our own Indigenous structures.

Indigenous Peoples United is an IPO

(Indigenous Peoples Organization) Listed in the database of the UN Department of Economic and Social affair.

We are one of the many voices that speak for the stolen generations.

Indigenous peoples have the right of self-determination. By virtue of that right they freely determine their political status and freely pursue their economic, social and cultural development.

Indigenous peoples, in exercising their right to self-determination, have the right to autonomy or self-government in matters relating to their internal and local affairs, as well as ways and means for financing their autonomous functions. 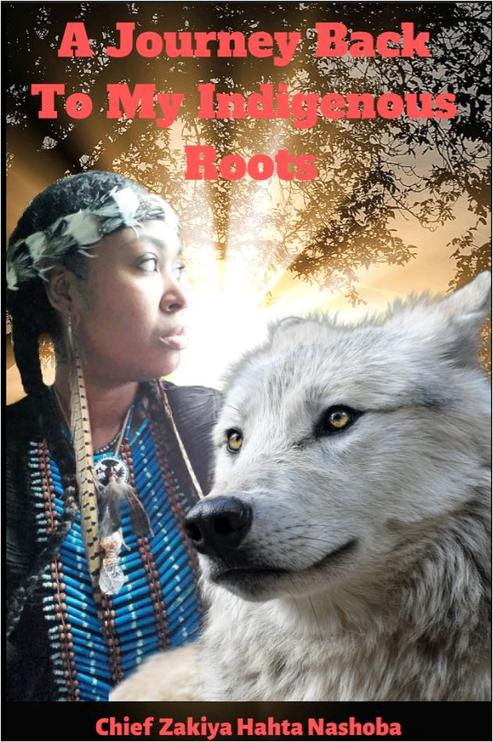 Zakiya Hahta Nashoba has written a book about her journey back to her indigenous roots and conquering paper genocide.

RETURN OF THE ANCIENT ONES

Indigenous peoples have the right to determine and develop priorities and strategies for exercising their right to development. In particular, indigenous peoples have the right to be actively involved in developing and determining health, housing and other economic and social programmes affecting them and, as far as possible, to administer such programmes through their own institutions.

Many People one voice

We promote the self determination of all Tribes world Wide.

We Support, Monitor and implement The United Nations Declaration on The Rights of

The founder of IPU

has worked tirelessly to restore her bloodline due to paper genocide.

She saw a need to collectively work with other indigenous peoples who fell victim to paper genocide.

IPU was founded in 2016 to meet the need of victims of paper genocide.

Chief Zakiya Hahta Nashoba has traced her bloodline to many Pre-Historic tribes.

Due to various forms of genocide and most notably paper genocide and the total erasing of the history of the American Aborigine most commonly called Negro it is imperative that we restore our ancient identities so that we honor our grandmothers and grandfathers.

I am the Ancient One.

The creator of Indigenous Peoples United traced their genetic ancestry back to the Clovis Peoples (Anzick Child) That's DNA from 13,000 years ago before contact.

they was also able to trace their Dna back to the Kennewick Man, Ancient Siberians the Botocudo Indians of South America Etc.

Due to the Doctrine of Discovery they like many Descendants of the Ancient Americans has been mislabeled and reclassified and forced to live under these false titles.

We are claiming our rightful titles as Indigenous Paleo Americans( Pre- historic scientifically speaking) no longer living in the shadows for fear of discrimination or imminent danger we must honor our ancestors because their blood runs through our viens.

We are the Ancient Americans our ancestors walked among the wooly mammoths.